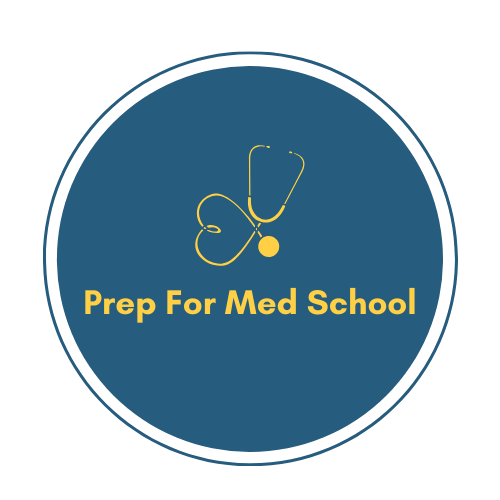 The field of medicine is filled with surgical subspecialties. Neurosurgery, orthopedic surgery, and vascular surgery are just a few examples of the surgical fields you can specialize in after medical school. These residences require 5-7 years of residency training to complete. But did you know that there is another surgical field that does not require over a decade of training?

In this article, we will discuss the similarities and differences between careers in podiatry and allopathic/osteopathic medicine. Specifically, we will go over aspects such as schooling, residency, tuition costs, competition, job salaries, and scope of practice.

The overlap extends into some of the clinical training that podiatry students receive. Podiatry students are trained to take the history and physical as well as how to perform the full physical exam. The third year for podiatry students includes general rotations in emergency medicine, anesthesia, and other surgical specialties (orthopedics, plastic, general).

Another difference occurs in the third year. Medical school students concentrate on their core clinical rotations and studying for the corresponding shelf exams. In contrast, podiatry schools also incorporate classroom coursework in fields such as surgery, wound care, and dermatology in addition to podiatry-focused clinical rotations.

In the fourth year, podiatry students finish clerkships solely focused on podiatric medicine. On the other hand, medical students complete a combination of subinternships, electives, and remaining core rotations.

Both medical and podiatry students must complete three board exams to become a licensed provider in their fields. Both types of students usually complete the first two parts during school and the third during residency.

Medical students take either the United States Medical Licensing Exam (USMLE) if they attend an allopathic medical school or the Comprehensive Osteopathic Medical Licensing Exam (COMLEX) if they are in an osteopathic medical school. These exams assess the ability to apply fundamental medical principles, knowledge, and concepts.

Podiatry students take the American Podiatric Medical Licensing Examination (APMLE). This exam covers content similar to the medical school board exams, but with a far greater focus on lower extremities. In fact, 25% of the APMLE Part I covers lower extremity anatomy.

Recently, the American Podiatric Medical Association started pushing to have podiatry students take the USMLE. The goal is to recognize DPMs as physicians, rather than an entirely different healthcare field. This may have significant changes on the future of podiatry school curriculum and examinations.

During fourth year of medical school, students interview at residency programs around the nation and then rank their desired residencies. The residency programs also create a ranked list of students. Both lists feed into an algorithm which matches students to residency programs. These results are unveiled in March on “Match Day”. Students then go onto specialize in their fields during residency.

Medical students can pursue a diverse array of specialties. Examples include non-surgical fields such as internal medicine, pediatrics, family medicine, neurology, radiology, and psychiatry. The surgical fields include some well-known examples such as neurosurgery, orthopedics, general surgery, and plastic surgery.

The surgical fields tend to have much lengthier and more grueling residencies compared to their non-surgical medical counterparts. For example, neurosurgery and plastic surgery both require 7 years of residency training, while orthopedic surgery requires 5 years. On the other hand, some medical specialties such as pediatrics, emergency medicine, family medicine, and internal medicine require 3 years of training.

However, these doctors may choose to subspecialize and pursue fellowships. For example, a cardiologist must complete an internal medicine residency, followed by a 3-year fellowship in cardiology. In total, this results in 6 years of post-medical school training.

Upon completing their last board exam and an intern year (the first year of training after medical school), residents can apply for a medical license. Following residency, doctors can also take specialty-specific board exams, a requirement to practice at many hospitals.

Board certification demonstrates that these physicians are up to date with the latest knowledge in their field. However, it is not absolutely required, especially if physicians are in private practice and other environments outside of hospital institutions.

The residency application and training is very different for podiatry students. Instead of traveling around the country to interview, podiatry residency programs employ a centralized interview process where students and resident programs all meet at one location. During this time, students can interview with multiple programs in one location.

In contrast to medical residencies, all podiatry residencies are surgical, but only 3 years long. These residency programs expose residents to a high volume of cases focused on the ankle and feet. However they are still exposed to other fields such as neurology and infectious disease. Like physicians, podiatrists can also choose to extend their training and subspecialize via fellowships or by completing continuing medical education credits .

There are currently nine podiatry schools in the United States. All are private institutions except for Temple University. The average annual tuition (as of 2020) for podiatry school is $40,020. A table of the cost of tuition at each school is provided below.

The cost of tuition for medical schools at institutions that also offer podiatry programs is listed below. From this information, it is apparent that medical school is significantly more expensive than podiatry school at the same institution.

The admission requirements for medical school and podiatry schools are very similar. The prerequisite courses consist of biology, chemistry, organic chemistry, physics, and English. These are required at all podiatry and medical schools, although some medical schools may require additional coursework.

Both schools require MCAT scores, letters of recommendation, and personal interviews to evaluate students for admittance. Podiatry students are recommended to have a letter from a podiatric physician.

Although both schools require similar materials, the scores that are considered competitive for medical school and podiatry school are significantly different.

According to the 2018 AACOMAS Applicant and Matriculant Profile, out of the 20,981 students that applied for DO schools, 7,415 (35.3%) matriculated into an osteopathic program.  Matriculants had an average total undergraduate GPA of 3.54. The average MCAT score for matriculants was 503 (61st percentile).

These scores are much higher than scores of admitted podiatry students. During the 2017-2018 podiatry school application cycle, 883 students applied and 633 were admitted for an acceptance rate of 71.6%. The average GPA and MCAT of admitted students were 3.52 and 499, respectively.

Below is a list of the average MCAT and GPA at each podiatry school.

Below is a list of the average MCAT and GPA for institutions listed above that also have a medical school.

As you can see from the table above, the average academic scores for admitted medical students is higher than admitted podiatry students. This is the case for both MD and DO schools.

Scope of Practice For Podiatric Doctors

To treat these conditions, podiatrists can perform surgery, design corrective devices, apply casts, and/or prescribe drugs. Although they focus primarily on the feet and ankle, podiatrists have been found to make significant contributions to lowering general healthcare costs. Specifically, a study commissioned by the New York State Podiatric Medical Association found that incorporating podiatric care decreased falls, opioid prescriptions, and hospitalization for diabetic and obese patients.

In contrast, doctors have a much broader focus. The options for specialization are extremely broad, as doctors can choose from a variety of disciplines, each with a distinct focus, lifestyle, and patient population. Some doctors can even work in fields that have limited patient contact, such as radiology or pathology.

Unlike podiatrists, not all doctors are trained in surgery. There are many medical specialties such as psychiatry or family medicine that are non-surgical. For these doctors, their core surgery rotation may be their only experience in the operating room. Other fields, such as neurosurgery and orthopedic surgery, are surgery intensive.

There is significant overlap between the functions a podiatrist and an orthopedic can perform when treating injuries of the ankle and feet. Orthopedics are trained to treat and manage the bones and joints of the entire body, not just the feet. Although an orthopedic is qualified to treat disorders of the foot and ankle, podiatrists typically have more specific training in this part of the body. However, orthopedics have a broader perspective of these issues, especially if other parts of the body are involved, such as the hip or upper leg.

Beyond the scope of practice and treatment, there is another significant factor to consider when differentiating orthopedic surgeons and podiatrists: salary and work-life balance. Orthopedic surgeons receive  far higher compensation, averaging $486,790 a year. The salary for a foot and ankle orthopedic surgeon is $465,799 a year.

According to the American Association of Colleges of Podiatric Medicine’s College Information Book (2019-2020), podiatrists earn an average of $144,000 per year with a 40-hour average work-week.

When performing the same calculation for foot and ankle surgeons and general orthopedic surgeons, assuming the average workweek is 57 hours, we get $157/hr and $164/hr.

Below is a chart listing the 11 metropolitan areas that provide the highest compensations for podiatrists, along with the podiatrist salaries and the corresponding salary for orthopedics in the same area.

Healthcare is an increasingly collaborative and diverse field with many career options available. The multitude of medical needs means there is room for many different and specific subspecialties.

Podiatrists play an important role in healthcare by specifically focusing on diagnosing, treating, and managing disorders of the ankle and feet. Their education, while covering the same fundamental coursework taught in medical school, additionally emphasizes lower extremity anatomy and problems.

The scope of practice of podiatrists is also limited to the feet and ankle. Furthermore, podiatrists have significantly lower salaries compared to their counterparts in medicine even after accounting for hours worked.

If an individual is uncertain about their specialty and wants to keep their options open, medical school may be a better option, especially if they feel they may be interested in non-surgical fields. If they are interested in extremities, bones, and/or joints of the entire body, becoming an orthopedic surgeon maybe the preferred option, especially as they can subspecialize later.

One critical factor to note, however, is that unlike podiatry school, the choice of specialty is not guaranteed. Orthopedic surgery is an extremely competitive field that requires top grades, high board scores, and an impressive CV. This is no easy task. Furthermore, the path to becoming an orthopedic foot and ankle surgeon takes 4 years of medical school, 5 years of orthopedic residency training, and an additional year of foot and ankle fellowship training That’s a total of 10 years.

This is a path filled with stress and competition. The potential benefits in salary and scope of practice are greater than that of a podiatrist, but one needs to be aware of the effort that will be involved. Furthermore, the average orthopedic will continue to have a greater workload as a practicing doctor compared to a podiatrist.

For these reasons, podiatry school is a great option if the individual has already developed a strong interest in specializing in the lower extremities and knows beforehand that this is the field that they want to work in. Podiatry school offers a less competitive, less expensive, and quicker (7 years total) route to becoming a specialist.  It also offers a better work-life balance than orthopedic surgery.

Bilal Moiz is currently enrolled in an MD/Ph.D program at the University of Maryland. You can find more about Bilal here: https://www.linkedin.com/in/bilal-moiz-62b15ab8 https://www.researchgate.net/scientific-contributions/2130641302-Bilal-A-Moiz https://scholar.google.com/citations?user=BbjEUZEAAAAJ&hl=en
All Posts »
PrevPreviousHow Much Do Doctors Make in An Hour (Breakdown By Specialty)
NextList of Secondary/Supplemental Application Fees for Med SchoolsNext